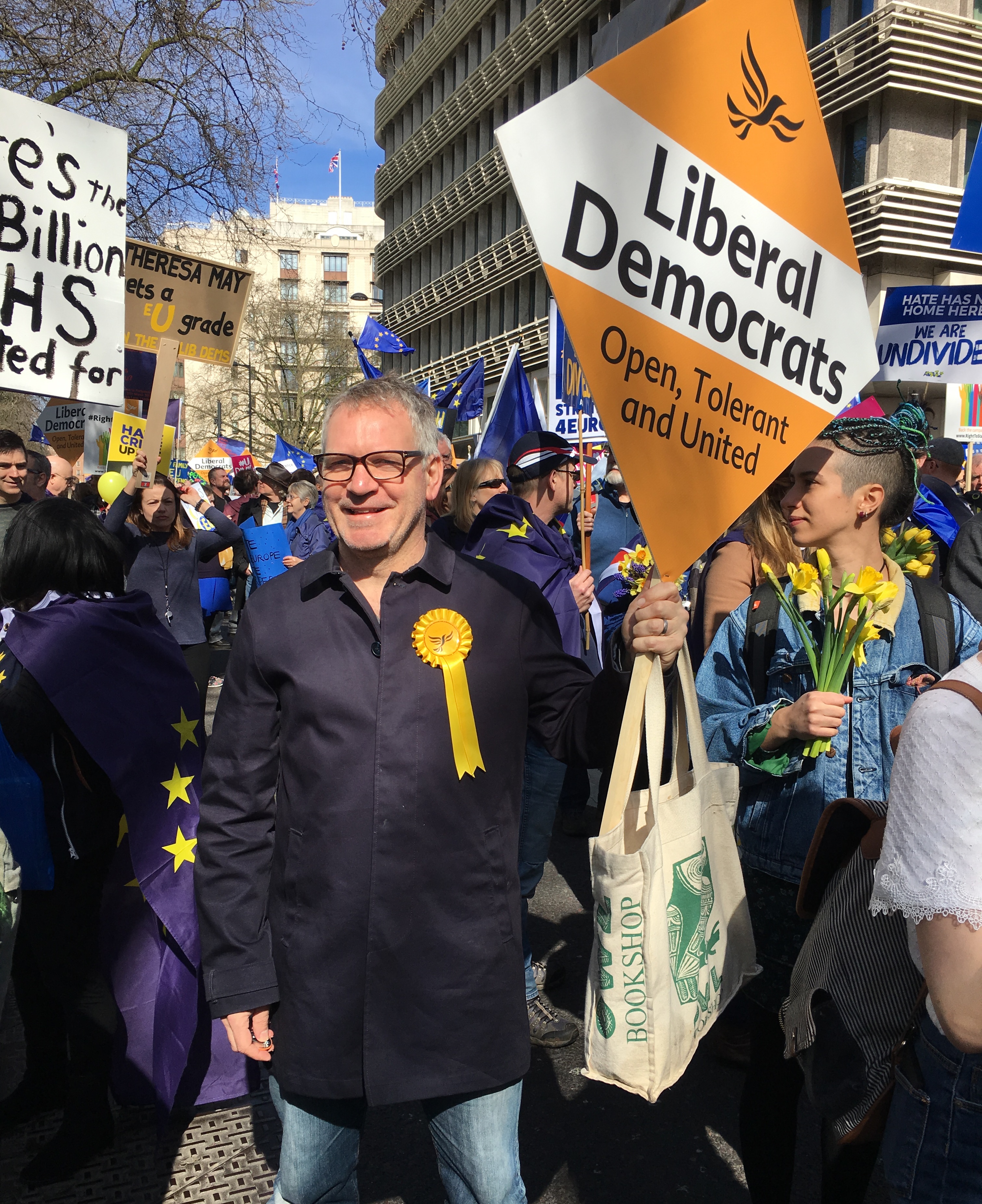 Given the huge gains the Lib Dems are making in local by-elections across the country, the Lib Dems could be in close contention in the ward. Since May 2016 the Lib Dems have gained 30 council seats, Labour have lost 12 and the Conservative have lost 18.

Stephen was born in London, and has lived for the last 14 years in Kentish Town (just off Grafton Road). Stephen has three daughters, with his youngest two at a local Camden primary school. He works in the renewable energy sector.

Stephen Crosher says, “The Tory Government is taking Camden down the route of hard Brexit, supported by an ineffectual Labour opposition. This will damage Camden’s diverse communities, our creative industries, our world leading universities and hospitals. Entrepreneurs will choose other places to go. Cuts to public services and social care will continue.

“In the week that Article 50 is triggered, I urge Gospel Oak residents to support the Lib Dems, as the only party opposing hard Brexit.”

Stephen is an active member of Camden Air Action Group. He said, “Poor air quality is affecting our children’s health in Camden. Much, much more could be done by the incumbent Labour Council, they are letting us down. As a councillor Stephen would drive change through the council, lobby the Mayor and national Government.”

Stephen will also put education, youth and play services at the heart of his campaign in Gospel Oak.

Stephen says, “Government education cuts are going to seriously affect local schools' ability to provide an excellent and broad education. I will fight these cuts, highlighting the impact on disadvantaged kids in Camden. But Camden Council has choices on where to allocate budgets, so I will ensure that education is given the priority it deserves.”

Labour’s Camden Council takes months, sometimes years to fix broken playground equipment and they have been cutting youth services and provision. Community centres are often in a poor state of repair, depriving communities of shared facilities.

Stephen added, “Camden Labour is arrogant and complacent and has taken voters in Gospel Oak for granted. This election is a chance to show your disappointment and anger with both an arrogant Labour Council and the harsh, hard Brexit Tory Government.”

Campaign and champion Camden in the Single Market. Campaign to guarantee the rights of Camden’s EU citizens.

Minimise the impact of Tory education cuts, by ensuring local prioritisation of funds to schools.