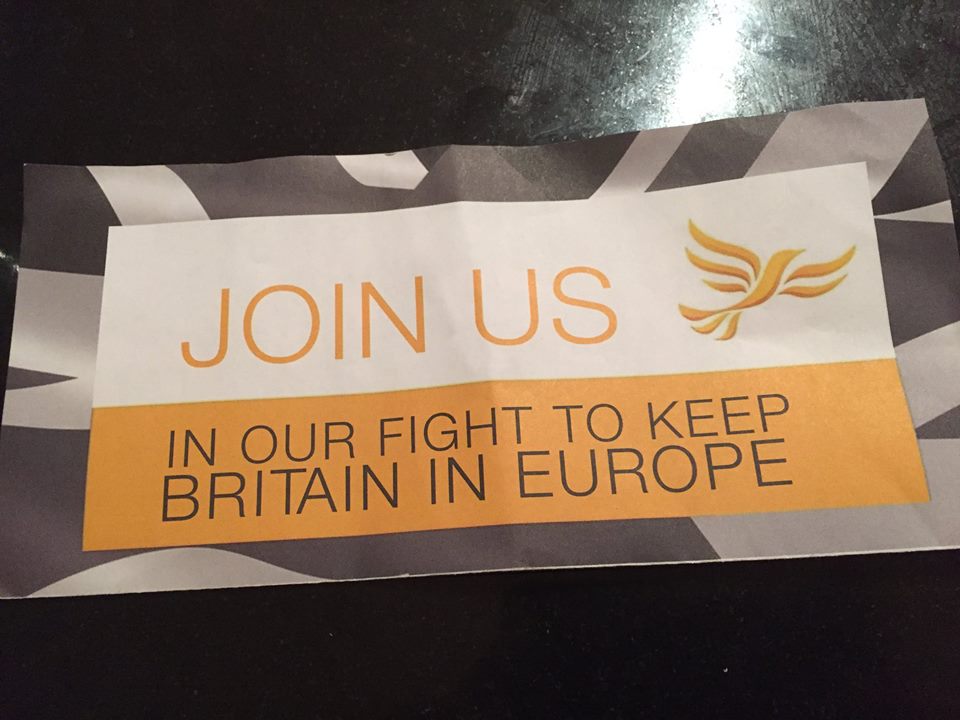 Voting for a departure is not the same as voting for a destination. The British people deserve a real choice over what comes next, to guarantee that it is the right decision for them, their families, their jobs and our country. This makes the Liberal Democrats the only party whose official policy is to hold a referendum on the final deal negotiated by this Brexit Conservative Government.

Nobody else will do this job for us. Labour is imploding and cannot be trusted to do their job as the opposition. The Lib Dems will hold Theresa May’s Government to account over Brexit, expose the lies that Boris Johnson, David Davis and Michael Gove told during the referendum and make sure any deal they do is good for Britain.