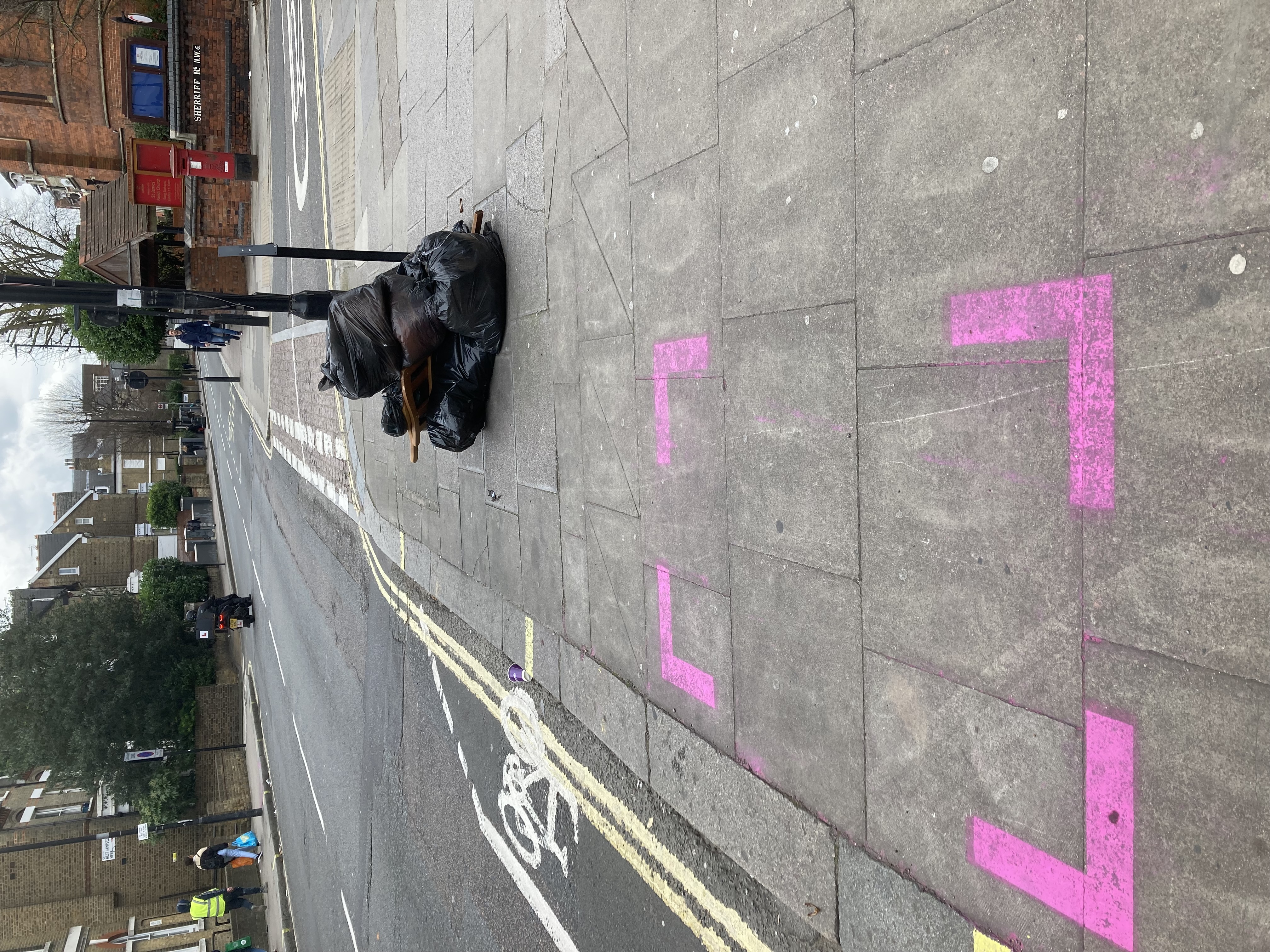 This is everything that is wrong with the Labour Council’s failing rubbish system, in one photo.

Last week I popped out on a working day for some fresh air after a difficult meeting. I saw this pile of rubbish as I was walking up West End Lane. It’s everything that is wrong about Labour’s failing rubbish collection system in one photo.

Labour’s policy is that if you live in a flat above a shop you have to put your bag out on the high street for collection. It isn’t working – here’s three reasons why.

1. The black bin bags. Residents are asked to use clear bags for recycling and orange bags for rubbish. But the Council make it really hard to get hold of those bags – the clear bags can be ordered online but the orange ones you have to phone up for. It’s no wonder that people just use black bags, which are thinner and get broken into by foxes.

2. The pink squares. In the last month West End Lane has seen the arrival of pink squares on the pavement – apparently this is where rubbish is supposed to go. Except, as far as I can tell, nobody has communicated this to residents. No-one I’ve contacted (and I’ve emailed everyone who’s emailed me about rubbish over the last year) has said they’ve had any information from the Council about the pink squares. It’s no wonder people are just carrying on as before.

3. Collection times. Apparently, there are now extra collections on West End Lane. Except Veolia staff have told us that they aren’t extra, they’ve just changed the times around. Meanwhile the website still says rubbish should be put out between 9.30am and 10am, and between 9.30pm and 10pm (for collection by Veolia between 10 and 12). But this photo was taken at 1.45pm – so there shouldn’t be any rubbish on the streets at all at this time of day! It’s no wonder residents of West Hampstead are fed up with Labour’s failing waste collection system!