Pride Month: Let’s work to make equality for all a reality

This is a pivotal moment in the fight for equality. George Floyd’s murder has sparked Black Lives Matter protests demanding meaningful change to end structural racism and inequality in the US, Europe and further afield. It is also Pride Month – a time to celebrate the achievements of the LGBTQ+ rights movement to date and reflect on the work that remains to be done. 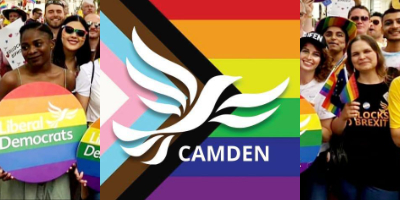 Just last year, two young women, Melania Geymonat and Christine Hannigan, underwent a vicious homophobic attack on a night bus in West Hampstead. If you are intersectional (having overlapping identities that are each prone to discrimination), you are not only much more likely to be marginalised; you are also more likely to experience a hate crime.

A Stonewall survey in 2018 found that 41% of trans people experienced a hate crime in the previous 12 months, rising to 53% among 18-24-year olds. Actor Daniel Radcliffe has this week highlighted the particular challenges faced by transgender and non-binary youth, 78% of whom report being subjected to discrimination.

It’s clear we have much more work to do to deepen our collective understanding of what it is like to be in a minority, whether that is based on race, sexuality, gender, age, religion, disability, or a combination of these characteristics. Extinguishing the deeply-ingrained societal biases that lead to prejudice and discrimination will not be easy, but we owe it to those taking the risk of protesting to educate ourselves, inform and challenge others where necessary, and look at what actions we can take in our everyday lives to create a more just and equal world.

Camden has often prided itself on being a place of progress: let’s start here.