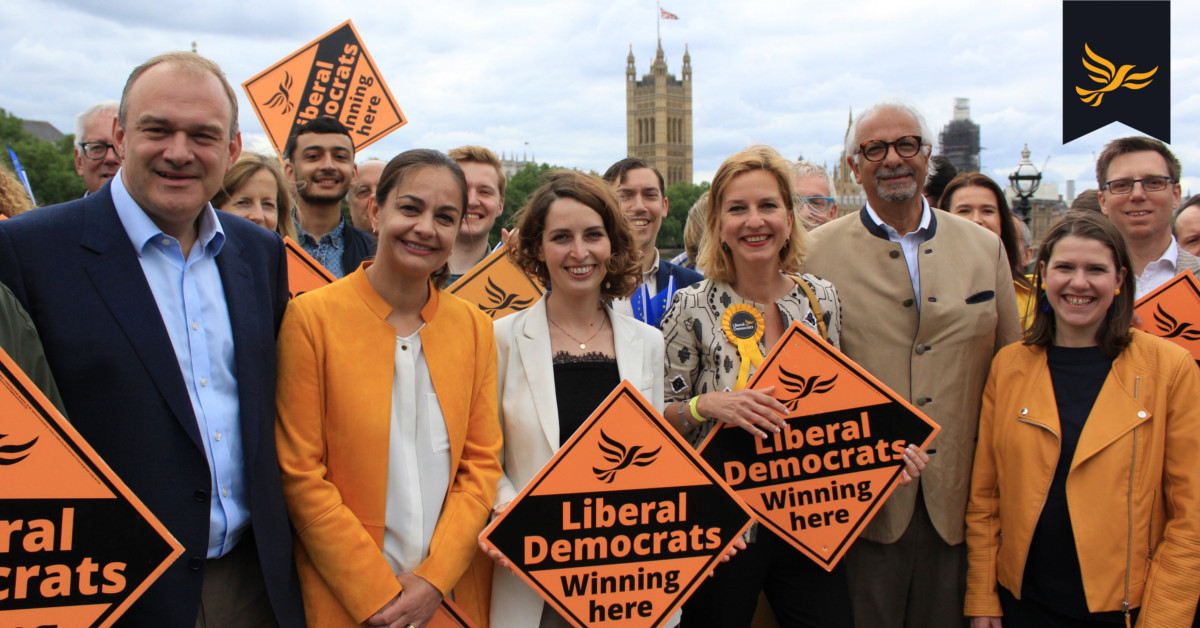 Many thanks to everyone who voted Liberal Democrat in the European Elections at the end of May, and supported the campaign to Stop Brexit. The Liberal Democrats topped the poll in London with 27% of the vote, pushing Labour into second place and electing three Members of the European Parliament (MEPs).

Camden Councillor Luisa Porritt (front row, third from left) said “I am very grateful to everyone who voted Liberal Democrat in these elections. We had a clear, unequivocal message – we want to Stop Brexit. With your support, the Liberal Democrats will now redouble our efforts to secure a People’s Vote, and stop Brexit, so that we can focus on the real challenges facing our capital.”

Help us get Liberal Democrats elected to 🔶 stop Brexit; 🔶 tackle the climate emergency; and 🔶 save our NHS and other vital public services. We need your help to fight for liberal values and create an open, tolerant and united society for all. Consider donating.