Have We Reached Gender Equality in the European Parliament? 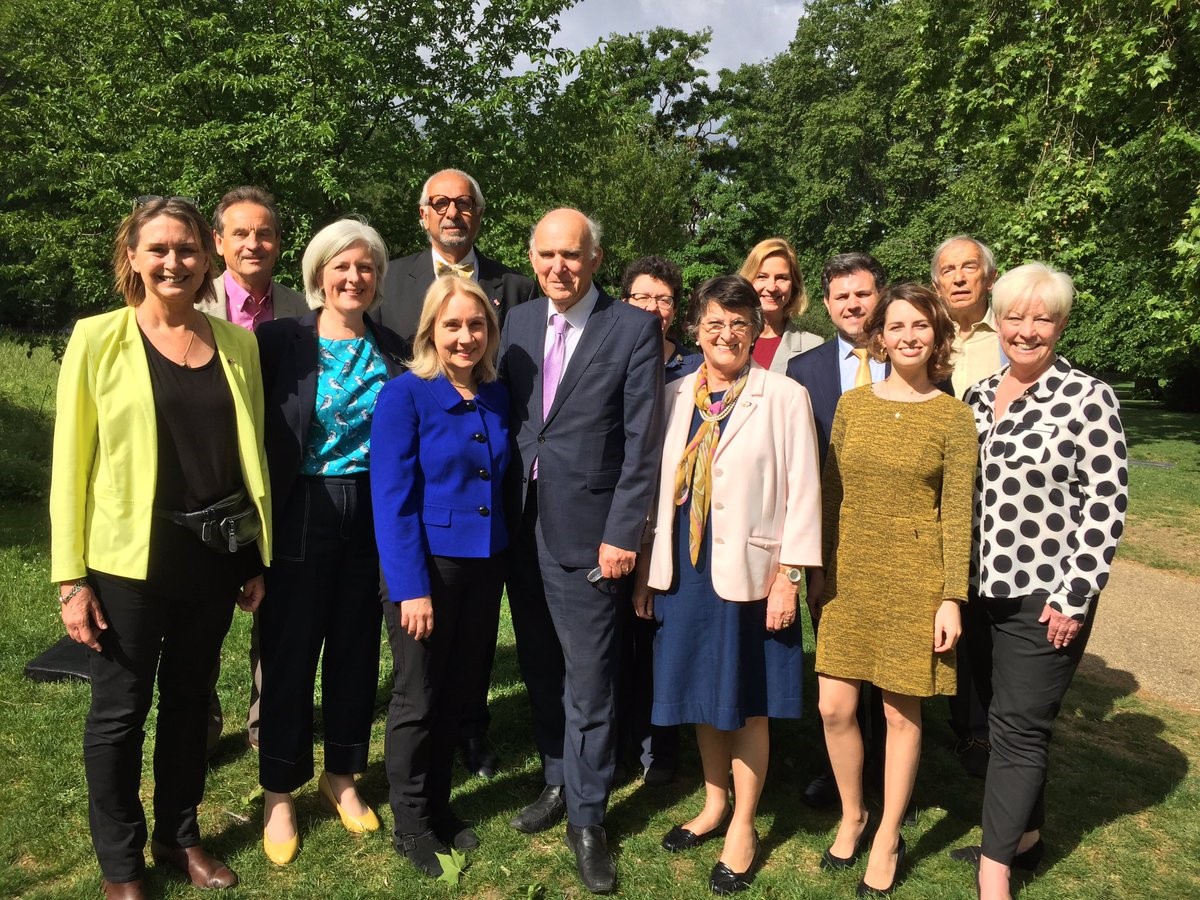 With the European Parliament officially opening today, it seems right to look at how this parliament will be a record breaker. Not because of the Liberal Democrats performance in the EU elections (although that was record breaking!), but because of the huge steps taken towards gender equality.

The United Kingdom’s delegation to the EU Parliament will now be 47% female.  This is the highest level ever, up from below 40% in the last parliament.

Not only this, but the Liberal Democrats are leading the way towards equality.  Our new delegation to the EU parliament is 56% female and both our delegation leader (Catherine Bearder) and our deputy leader (Camden’s own Luisa Porritt) are female.

At Camden Lib Dems we have noticed another trend in the UK’s EU parliamentary delegation.  The more ‘Brexity’ a party is (if you’ll forgive the term), the less gender equal they were in their selection for this election.

The Remainer parties (Lib Dems, the nationalist parties and the Greens) have delegations with approximately 60% female members, both Labour and the Tories, who advocated different forms of a ‘Brexit with a deal’ in these elections, managed to be gender equal, something we should probably congratulate them for.  And kudos to the Northern Irish parties (who we classified separately for these purposes), for selecting a 100% female delegation. 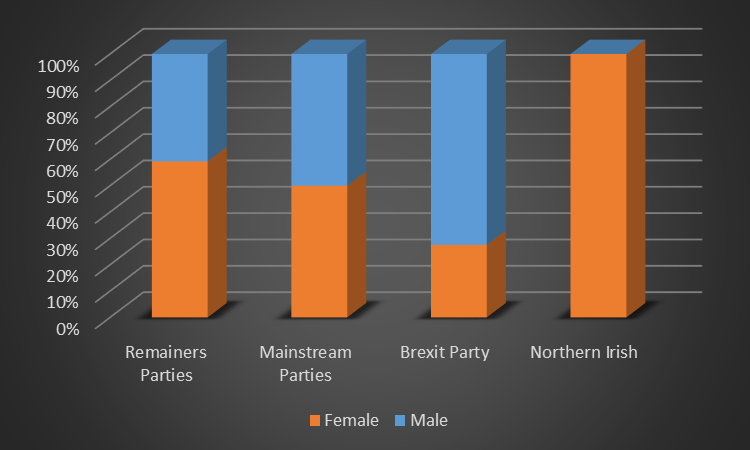 It doesn’t take much, however, to see in this graph that the big let-down is Nigel Farage’s Brexit Party.  Despite all Farage’s claims that he is advocating a ‘different type of politics’ the party’s delegation to the EU parliament is still 72% male.

In fact, if we were to leave the Brexit party at home, something both Remainers and Brexiteers might think was a good idea, though for very different reasons, the UK’s delegation to the EU parliament would be almost 60% female.

There is a long way to go for gender balance in our institutions.  The EU parliament as a whole will be 39% female this year, up from 36%, part of a continuing long term trend of improvement towards balance (we have borrowed the below graph from the EU Parliament’s own report on Gender balance, published in 2018).

But the next major step we have to take as the United Kingdom is to balance out our very own parliament.  Figures compiled by the Inter Parliamentary Union show that, with only 32% of the members of the House of Commons being female, the UK ranks 39th in the world on female representation (though this handily beats the United States’ 23.6%). Nine EU countries have more balanced parliaments than we do.

As Liberal Democrats, we know that this process needs to start at home.  Currently 4 of 12 of our MPs are female, only very slightly better than the parliamentary average.

Given the depth of female talent within this party, we can and must do better at the next election, whenever that may be.