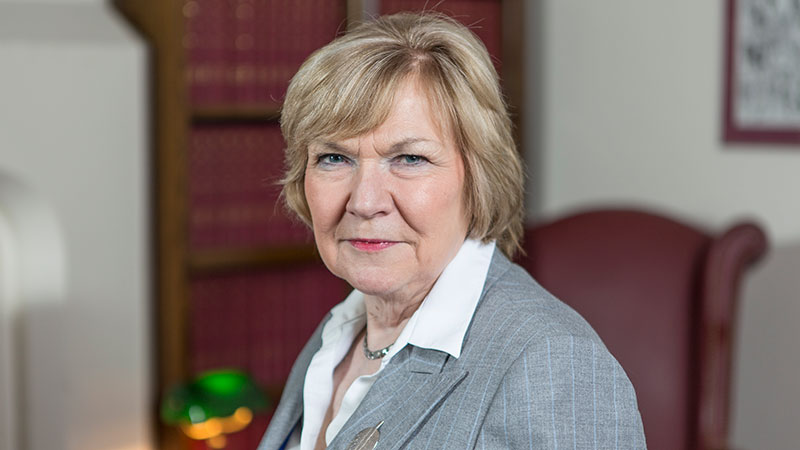 Sue was born in London and read Modern Languages at St Hilda's College Oxford, where she met her husband, the late Lord Tim Garden.

She has been actively involved with educational and charitable organisations. She was a candidate in the Camden local elections in 2002 and Parliamentary candidate for Finchley and Golders Green in the 2005 general election. She was appointed a life peer in 2007.

In 2008, she was a spokesperson in the Lords for Children, Schools and Families, in 2009 for Universities and Skills. In October 2010 she was appointed a Baroness-in-Waiting and Government Whip and Spokesperson for the Departments for Culture, Media & Sport; Business, Innovation & Skills; and Education. From 2012-2013, she led for the Government on Higher Education and Skills, and was Whip/Spokesperson for Education and Defence.

She is a Fellow of City & Guilds, and the RSA, as well as an Honorary Fellow of the Chartered Institute of Linguists. She is on the Council of the Air League and of the Japan-UK 21st Century Group.

Her older daughter is Chief Operating Officer with Solent NHS Trust, the younger is a primary school teacher. Both are married with two children each.